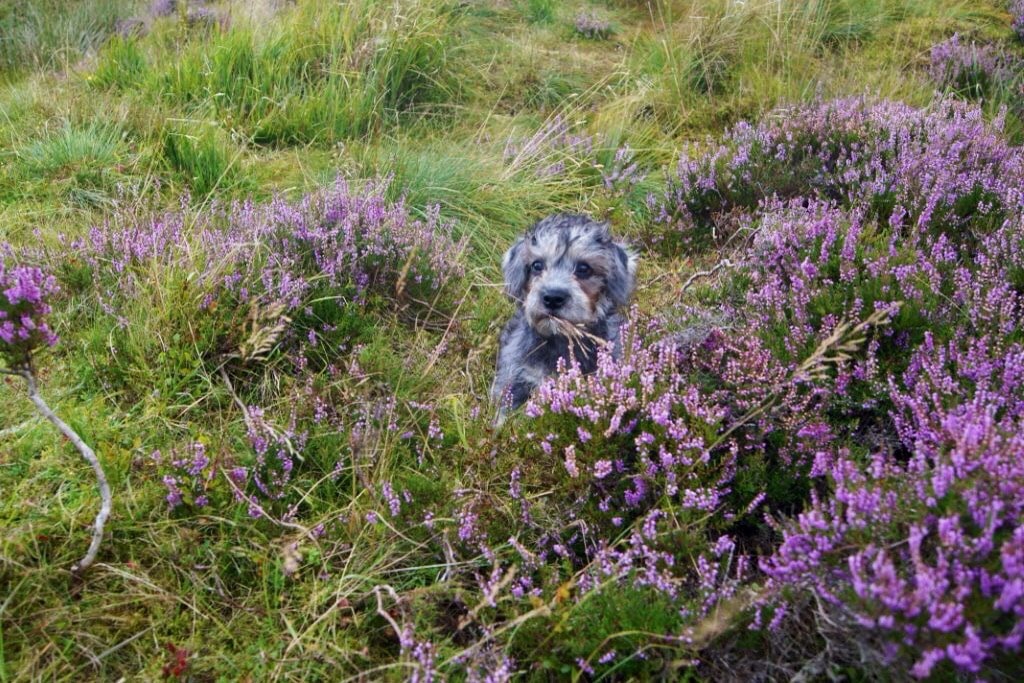 Photo - Andy Kennedy, England
"He evolved from the Scottish Hillside, the grey mists forming his body, a bunch of lichen his topknot, crooked juniper stems his forelegs and a wet bramble his nose."
Sir Walter Scott

The Dandie Dinmont Terrier is a wonderful, loyal, distinctive terrier that came to fame in Sir Walter Scott's book, Guy Mannering published in 1815.
The breed today is on the Kennel Club's vulnerable native breed list.

“As a terrier, the Dandie occupies a niche particularly his own in dogdom. His very appearance is so different from most: his massive skull and powerful jaw, his long weasel-shaped body, with short, sturdy legs and jauntily carried tail, and wonderfully expressive eyes, make up a fascinating personality which cannot be denied, though verging on the grotesque, some say. Grotesque or not , he is a beautiful little dog, without question, and simply irresistible. Go beyond his looks and consider his character, and his amazing brain, his wisdom and his devotion to his owner; these points alone stamp him as something more than a ‘mere dog’. His temperament is a delightful mixture of saint and devil - a perfect joy to all who know and love him.”​

Rowland Johns
Our Friends the Dandie Dinmont and Skye Terrier