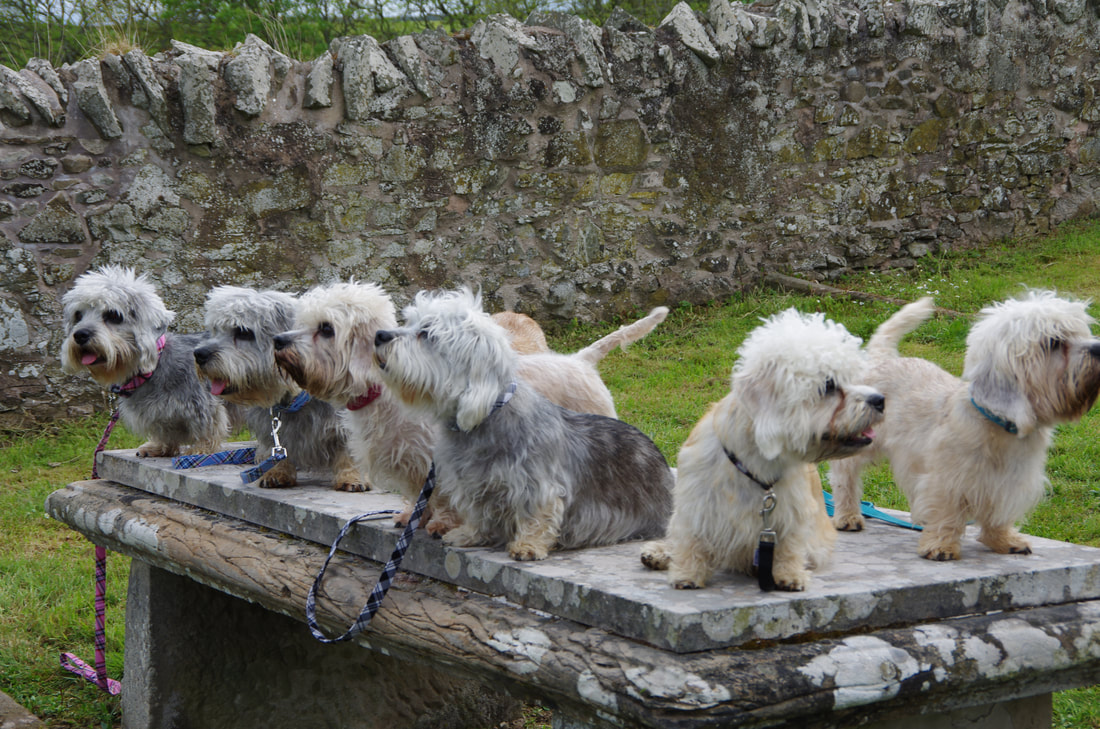 ​Some Frequently Asked Questions (FAQ’s) about the Dandie Dinmont Terrier

1) Do Dandies need a lot of grooming?
Dandies will need to be regularly brushed like most coated breeds and probably professionally groomed 3/4 times a year to keep them looking smart.

2) Do Dandies Moult?
No.  A Dandie’s coat does not shed hair all over the place

3) Can Dandies be kept with other pets?
A Dandie can live quite happily with cats, rabbits and even chickens - if introduced as a puppy.  A sociable character a Dandie will get along with other dogs and doesn’t actively look for trouble

4) What are Dandies like with children?
Dandies are excellent with children and usually develop a strong bond with the younger members of the family.  A more important question is what are your children like with dogs!

5) Are Dandies a healthy breed?
A Dandie will be as healthy as any other well-bred pedigree dog.  Average life expectancy is 12-14 years, with many dogs living to 15 or 16 years.

6) Do Dandies need a lot of Exercise?
Dandies are very adaptable and will happily join you on long walks in the country or a quick trip around the block, but they also make great couch potatoes and love human company.

8) Are Dandies noisy?
The Dandie Dinmont Terrier is not a “yappy” breed and if kept as a solo pet do not usually bark a lot.  They do however have an amazingly deep and loud bark (particularly the males) which can make them a deceptively good guard dog.

9) Are Dandie puppies difficult to find?
The breed is lucky to have dedicated breeders committed to the long-term future of the Dandie.  You may have to go on a waiting list and please begin your search early.  Dogs are usually easier to find than bitches and be prepared to be rigorously interviewed.  Be warned, however, once a Dandie enters your life, he will touch your heart like no other “ordinary” dog! 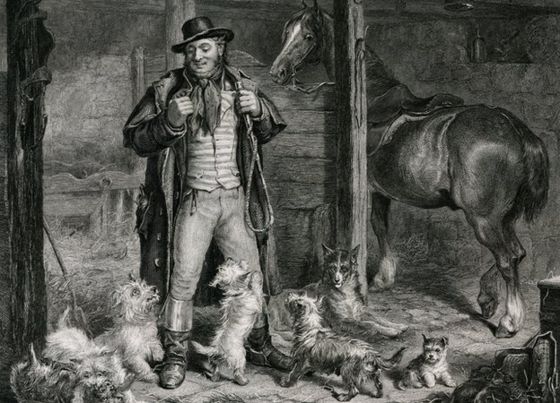 Twenty things you never knew about a Dandie Dinmont Terrier!

1.    It is the only breed of dog to be named after a character from Fiction – “Dandie Dinmont” was a Border Farmer in Sir Walter Scott's Waverley novel "Guy Mannering".

2.    "Guy Mannering" was published on February 24th 1815. The first edition sold out on the very first day of publication!  The second edition, published one month later, also sold out in one day.

4.    The Dandie Dinmont Terrier was the world’s first “Celebrity Dog”, following the publication of  “Guy Mannering” the Dandie became the breed of choice for royalty, the nobility, and the rich and famous.

5.    Queen Victoria owned and bred them, as did Edward V11.  Continuing the tradition, a current member of the Royal Family (Viscount Linley – The Earl of Snowden) is an owner of a Dandie Dinmont.

6.    The earliest known painting showing a Dandie Dinmont was painted by Thomas
Gainsborough in 1770 and shows a young Henry, 3rd Duke of Buccleuch (1746-1812) with his favourite dog. It hangs at Bowhill.

7.    It is estimated that there are only approximately 3,000 Dandies in the entire world making them one of the rarest breeds of dog.

8.    Until Scott wrote Guy Mannering, the breed was known as “Mustard and Pepper Terriers”, as the Dandie comes in just two colours – Mustard, from light beige to a rich gold or red hue and Pepper, which can range from light grey to inky blue black.

9.    The Dandie Dinmont Terrier Club is the world’s second oldest breed club, founded on  November 17th 1875 at the Fleece Hotel in Selkirk, Scotland.  A commemorative plaque is displayed inside the public bar area

15.    “The Dandie Dinmont Terrier – it’s History and Characteristics”, written by Charles Cook and published in 1885 was the first ever book about a single dog breed to be published.

16.    When the Kennel Club – the world’s first kennel registry - was formed in 1873 it recognised only 36 breeds - the Dandie Dinmont Terrier is one of them.

19.    Callum was a Dandie Dinmont Terrier owned by Mr James Cowan Smith who bequeathed £55,000 to the National Gallery of Scotland in 1919, creating an important trust fund for acquisitions. His endowment insisted that a painting of his beloved Callum should be hung in the Gallery in perpetuity, where he can be seen today.

20.     The Dandie Dinmont is the only breed of dog allowed to wear an official clan Tartan (Sir Walter Scott’s personal Black and White tartan).  Permission was granted on February 23rd, 2015 by His Grace, Richard 10th Duke of Buccleuch and chief of Clan Scott.

Tell the world about your Dandie and the breed. Print off these useful "meet and greet" cards produced by Paul Keevil and keep them in your coat pocket. When you are asked what sort of dog is that....you can give them a card and a link to further information!

Some Information about the Breed 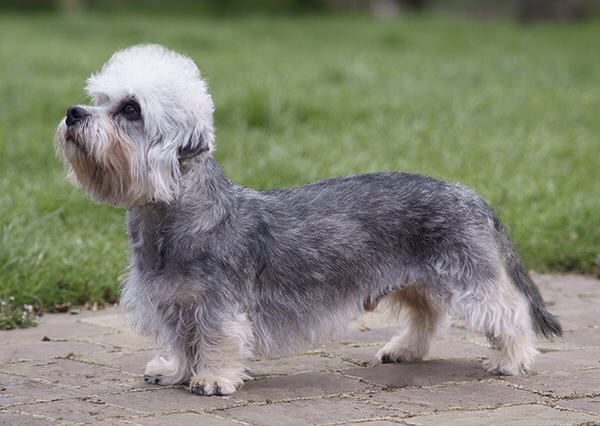